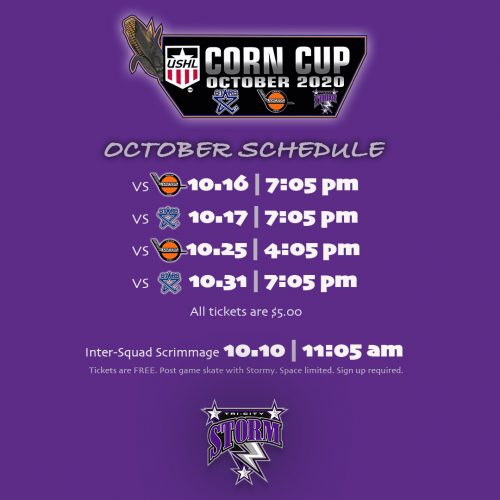 Update (10/13/2020) With the recent increase of reported cases of COVID-19 in our local community, the Tri-City Storm is limiting access to the Viaero Center and will not have fans in attendance on Saturday, October 17.